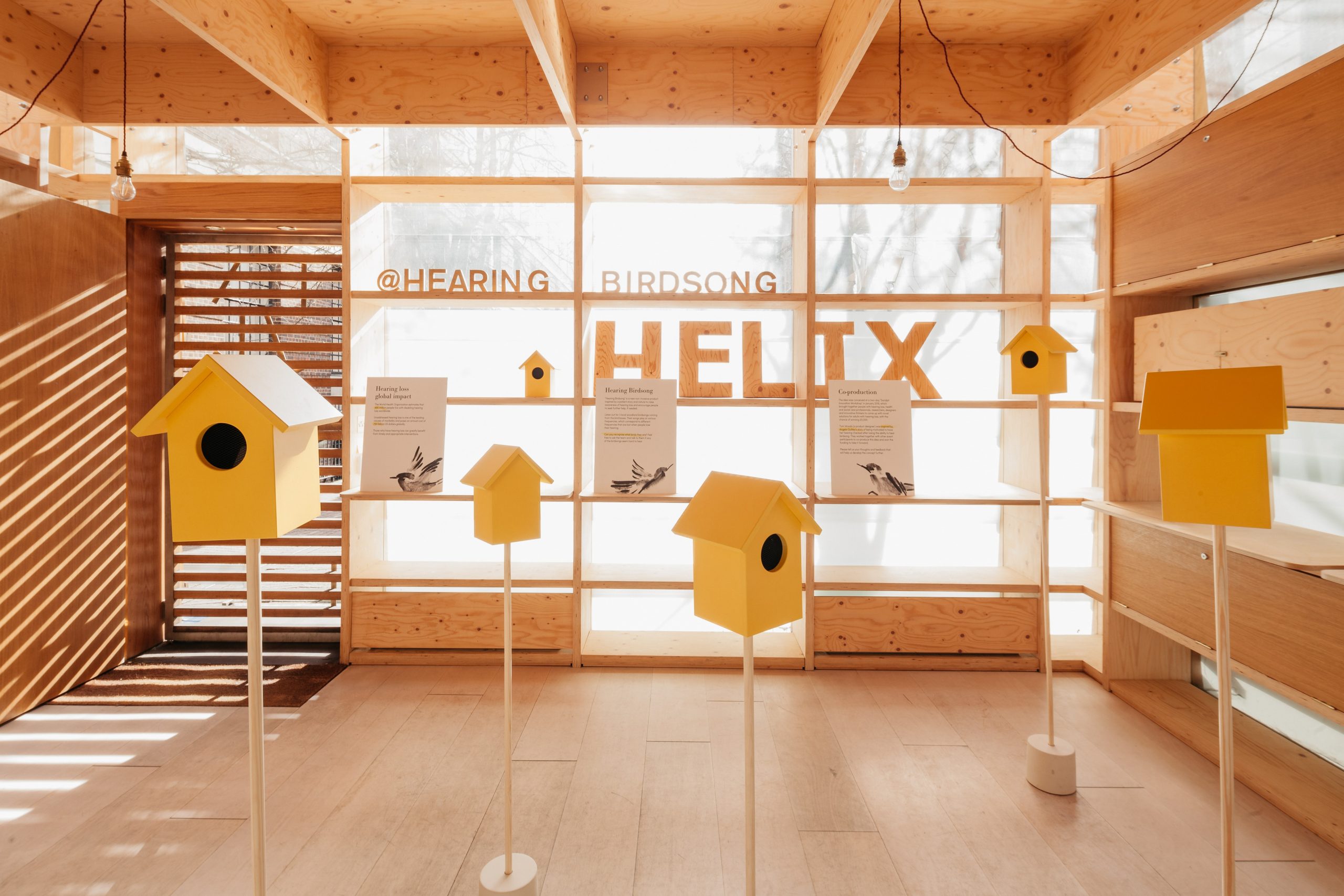 Last year staff at Connect Hackney met with someone from the Institute from Institute of Global Health Innovation at Imperial College London to discuss their work on hearing loss.

They were keen to further develop the installation with the involvement of ‘less often heard voices’, in short, men. We linked them up with our men’s projects in order for them to generate interest in attending focus group for men in December of last year.

It was a fantastic success and on the back of this, and thanks to the input of the men from our funded projects –they have further developed the Hearing Birdsong project. Last week, they brought the installation to the Dalston Curve Garden.

Hearing Birdsong is an innovative, patient-led project that uses the natural sounds of beautiful birdsong to raise awareness of hearing loss. It was inspired by the patient story of Angela, who was motivated to get her hearing checked after losing the ability to hear birdsong while on a familiar walk through the woods.

Birdsongs at different frequencies, which correspond to those often lost when you lose your hearing, are emitted from beautifully handmade bird boxes, accompanied by immersive woodland background sounds. By interacting with the boxes and listening to the birdsong, members of the public engage with their hearing in ways they may not have done previously.