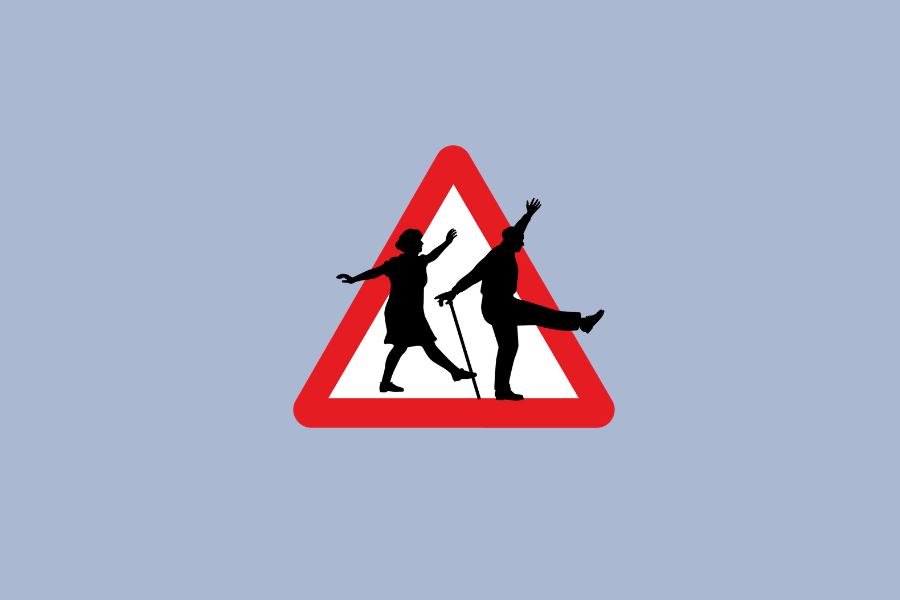 Ageing Better recently released age-positive icons have been launched to change the negative stereotypes associated with ageing and to help us move towards a more realistic and positive image.

Ageing Better and Public Health England launched a competition last year inviting designers to rethink the hunched over stick figure. They received more than 120 entries, and the winning icon was popular among judges and audiences because of the spirit it captured, showing a pair of older people as active and energetic.

The competition was a response to the established image of older people portrayed using figures with hunched back and walking stick. That image is most commonly found on road signs, warning drivers to slow down for ‘elderly people’.

With more than 3 million people in the UK aged 80 and over, it is a challenge to represent this group of diverse people with a simple image.

As a result of the competition, a range of icons has been created and these icons – which are in the public domain and free to use – were created with reference to the eight domains of age-friendly environments.

Since launching the icons, Ageing Better has been pleased with the positive responses received – it’s clear that many people feel it’s time for a new way of representing later life. They hope these icons will be used widely and will help challenge the stereotypes and negative attitudes related to ageing and older people.